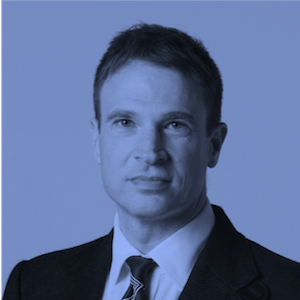 Simon holds a first class degree from the University of Oxford and an MBA from the London Business School (including a semester at the Tuck School, Dartmouth College). He is a member of the Advisory Council of the McDonald Centre for Theology, Ethics and Public Life at the University of Oxford. Throughout his working life he has been very active in the Global Development sector having been Chair and Trustee for a number of internationally leading INGOs.

Dan is one of Academic Health Solutions' co-founders. His areas of expertise are senior level executive search, primarily CEO and Board-level appointments, in the education, health and social care, not for profit and private equity sectors.

Dan holds a first class honours degree and an MPhil in Economics and Politics of Development, both from the University of Cambridge, where he was a member of Jesus College. A Cambridge University rugby blue, Dan played first class rugby for a number of years and represented Cambridge, Oxbridge, Rosslyn Park and Surrey. 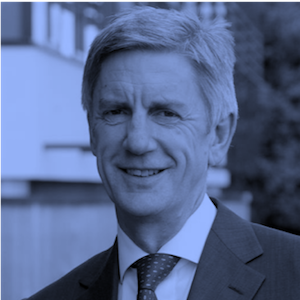 John is one of Academic Health Solutions' co-founders. He has over 20 years' experience of developing and leading successful academic health alliances.

Until August 2015, John led the School of Life and Medical Sciences at University College London (UCL) as Vice Provost (Health) and Academic Director of UCLPartners - the academic health science system that subserves a population of 6m. He is the Immediate Past President of the Academy of Medical Sciences in the UK.

Under his leadership, UCL achieved the status of the most powerful biomedical research grouping in the UK, and UCLPartners is having material impact on the health of the local population. 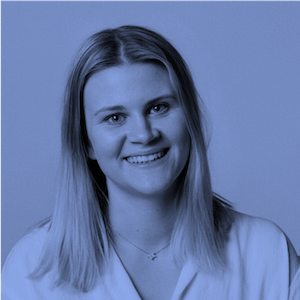 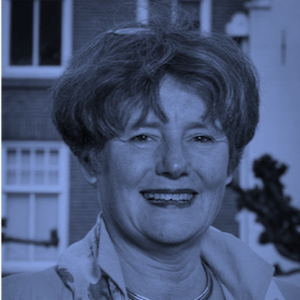 Louise was trained in medicine and public health in Groningen and at Johns Hopkins and obtained her PhD from the Erasmus University (EUR). As a researcher she worked at the University of Leuven and at the EUR. She also served as a policy staff member at the Dutch Ministry of Health. 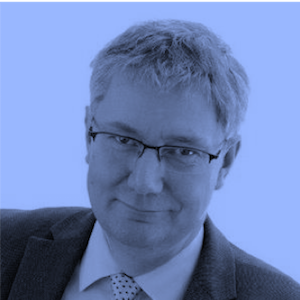 Since August 2017, Andrew has been the inaugural Director of Health Data Research UK, the multi-funder UK Institute for health and biomedical informatics research that will capitalise on the UK’s renowned data resources and research strengths to transform lives through health data science. He is seconded from his position as Professor of Medicine, and Vice Principal of Data Science at the University of Edinburgh, having taken up position in August 2014. Prior to this, Andrew was Dean of Medicine at the University of Dundee.

Andrew was Chief Scientist at the Scottish Government Health Directorate (2012-2017) and has served and chaired numerous national and international grant committees and Governmental bodies. 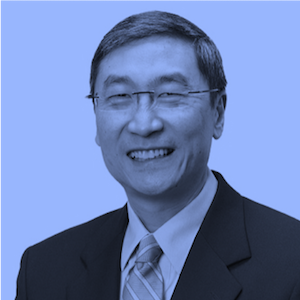 John Eu-Li Wong, Isabel Chan Professor in Medical Sciences, is Senior Vice President (Health Affairs) at the National University of Singapore (NUS), and Chief Executive of the National University Health System (NUHS). A medical oncologist-haematologist, John obtained his MBBS from NUS and did his residency and fellowship at the New York Hospital-Cornell Medical Center, where he was the Chief Resident in Medicine, and Memorial Sloan-Kettering Cancer Center.

John is actively involved in the development of Biomedical Sciences as a key pillar of Singapore's economy, as well as the development of Singapore's first Academic Health System linking the National University Hospital and its national specialty centers with the National University of Singapore's medical, nursing, dental, and public health schools under one unified governance to develop a fully integrated health system focused on value, innovation, and sustainability to address Singapore’s current and future healthcare needs. 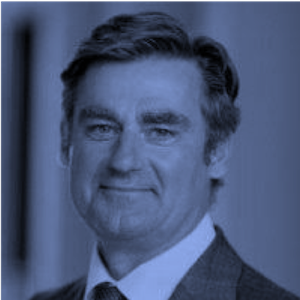 Melvin has had a distinguished career, both as a Scientist and as an Administrator and is Professor of Gastroenterology. He is as recipient of a prestigious personal grant from the Royal Netherlands Academy of Arts and Sciences, he has conducted research at the Royal Adelaide Hospital in Australia and the Mayo Clinic in the United States, as well as in the Netherlands. 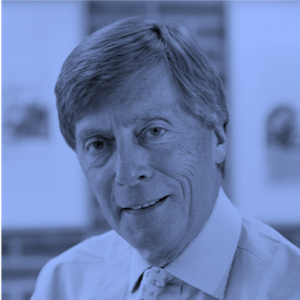 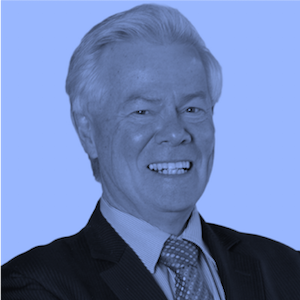 Peter is an internationally experienced scientist and enterprise specialist working from the United Kingdom and Australia. A biochemist by background, he studied at the Universities of Queensland and Cologne and was a Fellow in Biochemistry at Stanford.

Elsewhere, Peter is a Member of the Entrepreneurial Universities Initiative (New Zealand), a Fellow of the California Technology Council and advises a start-up based in Bern.

Peter has strong interest in understanding the best processes for delivering benefit from science, and the particular role of civil society in those processes. He has accumulated considerable international experience including Board Member of Innovation Australia (chairing the Biological Sciences and Innovative Grants Committees), Member of the Alberta Research and Innovation Authority, and Member of the Australia – New Zealand Biotechnology Fund.

Peter has broad experience in commercialisation of scientific research, including previous roles as Chair of Griffith (University) Enterprise and the General Manager of IMBcom (University of Queensland). 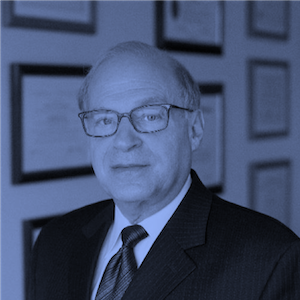 Dr. Wartman served from 2005 – 2018 as the 3rd President and CEO of the Association of Academic Health Centers (AAHC), a non-profit global association based in Washington, DC that seeks to advance health and well-being through the vigorous leadership of the multifaceted institutions that educate the next generation of health professionals, conduct cutting edge biomedical and clinical research, and offer comprehensive patient care from the basic to the most advanced levels. Prior to assuming this position, he was Executive Vice President for Academic and Health Affairs and Dean of the School of Medicine at the University of Texas Health Science Center in San Antonio. Dr. Wartman’s career in academic medicine also includes chairing a department of medicine at two institutions and being the founding director of a division of general internal medicine.

Dr. Wartman, an internist and sociologist, is board certified in internal medicine and a Master of the American College of Physicians. He received his AB from Cornell University and his MD and PhD degrees from Johns Hopkins University. He was also a Robert Wood Johnson Clinical Scholar at Johns Hopkins and a Henry Luce Scholar in Indonesia.

He is recognized internationally for his work involving the organization and management of academic health centers, where he has taken the lead on many critical issues, including the need for alignment among an institution’s clinical, research, and education programs. In 2008, he founded AAHC International™ (AAHCI), a global organization dedicated to improving health and well-being worldwide. In 2012, he edited Confluence of Policy and Leadership in Academic Health Science Centers, published by Radcliffe Press, which for the first time provided a comprehensive overview of the academic health center enterprise. He authored in 2014 a new guide, Searching for Leadership: Best Practices for Academic Institutions that describes characteristics of successful leaders and a detailed analysis of the process to select them. In 2015 Elsevier published The Transformation of Academic Health Science Centers, the definitive work on the future of these vital institutions, which he edited and also contributed. In 2016 Dr. Wartman founded the AAHC Thought Leadership Institute to offer healthcare leaders around the world in-depth views and analyses of seminal issues transforming 21st century medicine. He also initiated that year the Aligned Institutional Mission (AIM) Program to provide a platform for academic health centers to capture the important synergy and benefit resulting from the optimal alignment of their education, research and clinical programs. He has authored many forward-thinking articles involving the future of the health professions, the interface between medicine and machines, and the need to change medical education.

He has received numerous awards and honorary degrees, including the 2015 Johns Hopkins School of Medicine’s Distinguished Medical Alumnus Award and the 2018 Special Recognition Award of the Association of American Medical Colleges.

Louise was trained in medicine and public health in Groningen and at Johns Hopkins and obtained her PhD from the Erasmus University (EUR). As a researcher she worked at the University of Leuven and at the EUR. She also served as a policy staff member at the Dutch Ministry of Health. 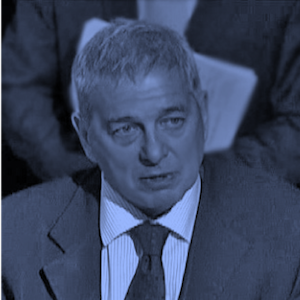 Edward Hillhouse is Emeritus Professor of Medicine at the University of Leeds, where he served as Dean of the School of Medicine and Dean of the Faculty of Medicine and Health. He has also held full Professorships of Medicine at the University of Warwick, where he helped to establish the medical school, and Cornell University in New York. He trained in London, Oxford, Boston and Melbourne and has a long standing interest in the power of Academic Health Systems to transform clinical practice. He has put this into practice in Qatar where he led the establishment of the 1st National Academic Health System by forging a partnership between several universities, primary care and a network of general and specialist hospitals. For the last decade, he has been closely linked with the Association of Academic Health Centers (AAHC) in Washington DC, helping them to expand globally and to launch the Aligned Institutional Mission (AIM) Program, which supports members to improve healthcare delivery through closer alignment of the academic and clinical missions. 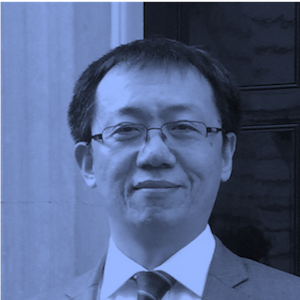 Dr. Mingxing Hu is Director of Medical Technology (UCL/China) at University College London; Investment Director of Nord Engine Capital; and Partner of Dynamic Bridge Capital. He is an advisor to both UK and Chinese governments to promote the collaboration between the two countries, in healthcare in particular, and has close relationships with healthcare systems in other parts of South East Asia, most notably Indonesia.

Mingxing has 20 years’ experience in healthcare and life sciences sectors with various companies and research organizations in both the UK and China. He has broad experience across medical imaging, drug development, CRO services, medical devices as well as developing business into international markets. He has been leading and participating in a number of projects supported by the Royal Society, National Institute of Health Research (NIHR), Engineering and Physical Sciences Research Council (EPSRC), Wellcome Trust, Technology Strategy Board (TSB) and European Union’s FP7 programme, as well as the ones sponsored by industry partners. He holds 5 patents in the area of medical imaging. 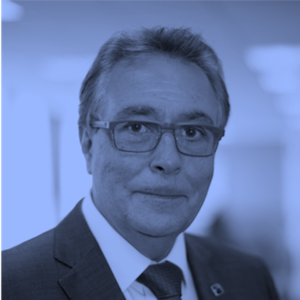 Alejandro is Scientific Director of Anthony Nolan (the first register of bone marrow donors in the world); he has held the Academic Chair of Haematology at the Royal Free Hospital and the UCL Cancer Institute since 1997, and is Pro-Vice-Provost (Regional) for Latin-America at University College London.

Alejandro is an internationally respected and influential scientist in the field of stem cell transplantation, and histocompatibility and immunogenetics, whose seminal research work has been the platform on which many recent advances in bone marrow transplantation have depended. His research has impacted upon clinical practice and has influenced the development of new tissue typing reagents by healthcare industries, and has defined viral and tumour specific targets that are used worldwide in vaccination and cell therapy. As President of the European Group for Blood and Marrow Transplantation from 2010-2014, his achievements in this role are recognised worldwide.  He is co-author of over 570 peer-reviewed publications

For more information, please get in touch.