Can’t Get No Innovation Satisfaction? Here’s Why… 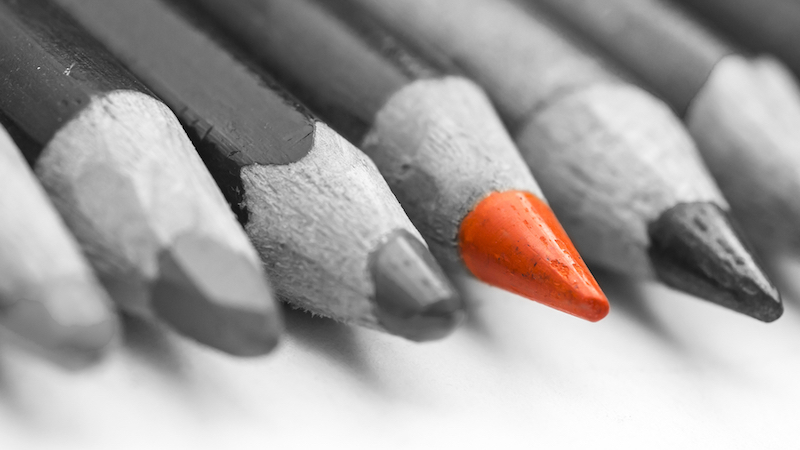 It is widely acknowledged that medical innovation takes too long and costs are escalating despite unprecedented scientific advance. Is it time to adopt alternative approaches? - Professor Sir John Tooke

Rising prosperity in most quarters of the world means that more money than ever is spent on scientific research. But innovation is about output, not input - not visions but results. And that takes us to one of the Western world’s key economic problems today: there is too little breakthrough innovation, not too much, and the capitalist system that used to procure eccentricity and embrace ingenuity all too often produces mediocrity.[1]

It has become fairly evident that the traditional ‘funnel’ approach to innovation, i.e. supporting the early development of multiple candidates very few of which make it, is not working. At the very least it’s not working as well as we need it to if we are to lift productivity and embrace a rapidly changing commercial and political environment and address unmet healthcare need.

We feel that there are five key reasons that prevent us making real progress in innovation:

2.    Poor support for innovation within the organisation both from the top and by the system

The WHY is missing

Asking the question ‘why do you innovate’ or ‘why do you spend all that money on innovation’ is often greeted with a blank stare. Traditionally in business there are plans: business plans, marketing plans and even financial plans but rarely innovation plans (or its older brother the Innovation Strategy). Planning for the future based on certain existing assumptions is relatively straight forward but planning for the new is difficult. There is clearly a gap in the thinking about how to translate what a business actually needs for the future.

Poor Support for Innovation within the Organisation

There are two related ways in which support may be deficient. A key reason that innovation fails and fails so frequently is because it’s not supported or directed from the top of the organisation. How many Chief Innovation Officers are there at Board level with the full responsibility for innovation activity? Typically, someone on the Board will have this responsibility as part of their remit and therefore only part of their focus.

The markets are contradictory about risk mitigations. On the one hand, when they look at a company’s share price, the analysts want risks reduced to the point where it’s boring. On the other hand, they want companies to take certain risks because they know that there’s no growth in boring. What they are ideally looking for is balanced risk. A well-managed innovation approach with an injection of excitement, because that’s what generates income, business value or moves share price.

The Need for Process

Ask most people in business and they all want innovation. Everybody wants to do something exciting, sexy, new, they want to be involved in a project that is the next big (successful) thing. And they want to find people to help them do that but the inevitable lack of a clear definable deliverable target has conspired to switch the focus from the outcome to the process.

Everyone has stopped looking forwards to what can be achieved, instead they are looking in the rear-view mirror seeking to de-risk the decision and cover their choice so they won’t be blamed if things don’t work out. This backside-covering from both the commissioner and provider side of innovation means that too many barriers are erected toward the outcome and everyone misses the opportunity innovation can deliver. They are no longer focused on why the innovation is being sought in the first place, what problem is in need of a solution or how something can be improved.

Thinking – doing is out of balance

But how do we put a price on thinking?  We live in a world dominated by action. In our professional lives we are almost exclusively judged and rewarded for what we do as opposed to what we think.

Back in 1975, writing in the Harvard Business Review management guru Henry Mintzberg stated, “Study after study has shown that managers work at an unrelenting pace, that their activities are characterised by brevity, variety, and discontinuity and that they are strongly orientated to action and dislike reflective activities”.

Thinking is a reflective activity.

And yet our space for that reflective thought and idea generation has shrunk considerably since Mintzberg wrote his article over 40 years ago. That statement was made before the Internet, before mobile phones, smart technology, constant connectivity and the tsunami of information that crosses our desks on a daily basis across multiple channels. If it were true then it’s exponentially true now.

The problem is, innovation requires staring into space. It requires thought experiments, doodling and the willingness to ask a lot of questions as well as new or different knowledge to fuel it. In a world that is much more interested in action it becomes extremely challenging to accomodate the activity required for genuine innovation to emerge.

But, Our Innovation is Not Failing

We fully accept that there are people in innovation who don’t believe innovation is failing. We would suggest however that their definition of innovation is one that looks at ideation and invention rather than the successful commercialisation of novel ideas. Human beings are capable of coming up with brilliant, creative and inventive ideas. We are not disputing that.

Of those that do recognise that the money and time poured into innovation is not delivering enough or could deliver more real-world value, many are likely to believe that it’s caused by poor people in the wrong roles or poor process, and those factors will definitely play their part. But, the statistics on the failure of innovation have remained relatively unchanged over several decades.

Maybe the issue here is that we do not spend enough time thinking about the ‘how’ we innovate. We rely on the way we have always done it and therefore risk repeating the same poor results. Why not try something different, maybe the risk is not in the doing but the not doing?

Simon May is a Director at Impeller Ventures.

Impeller Ventures has developed a different way of approaching innovation. It starts with the solution, arrived at through intuition and expert knowledge and ‘design authority’, thus avoiding the traditional stage gate process, to get to a solution as quickly as possible. Where necessary, Impeller will then create new ventures to deliver the solutions to market.